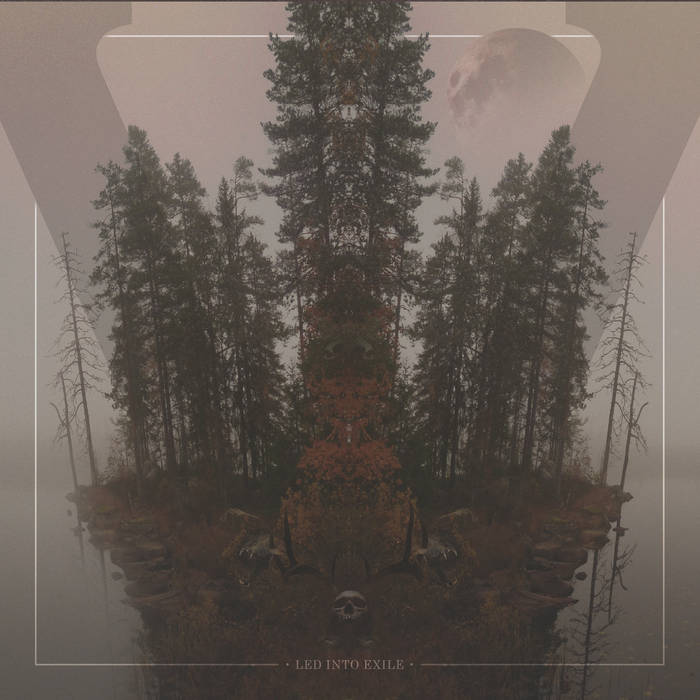 Led Into Exile is a six song concept album sprung from a short story dealing with the definitive departure from civilisation into the wild Finnmark in Dalecarlia Sweden.

The story deals with the hardships of living in this rough terrain of the outdoors and all the toils that comes with that territory.
It also speaks of loss and a strong will to become isolated from an insane world on the brink of destruction. Set to the background of a nihilistic darkness the album paints a picture of isolation with broad misanthropic brushstrokes seasoned with the occult and old folklore tied to the region.

The six songs on led into exile describes what happens to a person who succombs to the siren song coming from the taiga-belt and how this ultimately leads to the vanishing of this person, never to be seen again.