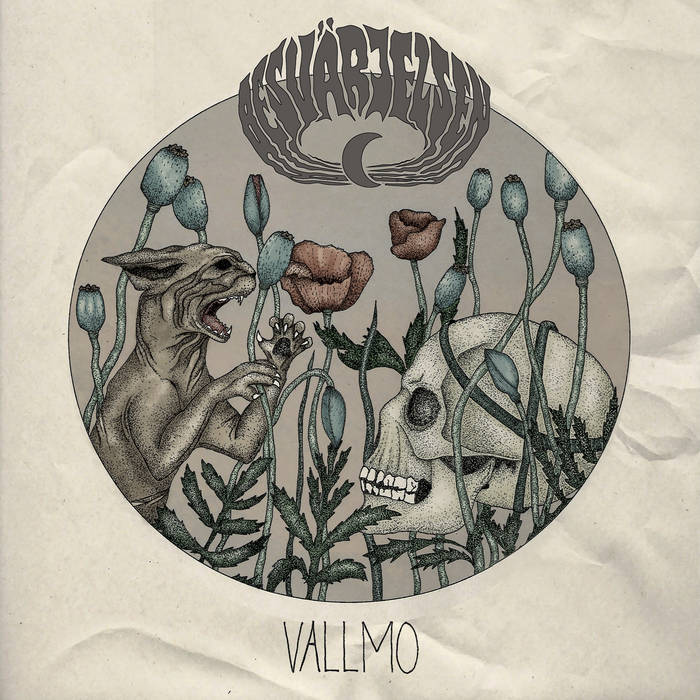 Marco Berg One of the best albums released this year. Just get it! Favorite track: I Skuggan Av Ditt Mörker.

Eric Sträm I want to talk about how I want to cut a slit in reality, and climb inside this music, like a warm blanket. How I felt instantly connected to this band and got a Besvärjelsen tattoo on my face. That might be weird though, so I’ll say this: Excellent work.

Heavybourrin Every song is killer and with it's own atmosphere. Love the singing !! <3 Favorite track: Röda Rummet.
more...

BESVÄRJELSEN – Swedish for “conjuring” – was forged in 2014. Though clearly rooted in the realms of doom, within their engulfing sound lies traces of progressive metal, punk, folk, and classic rock ‘n’ roll all carefully weaved together resulting in a sound that is at once crushingly heavy and alluringly sophisticated. The band released their debut EP Villfarelser in 2015 which was followed by 2016’s Exil EP. Both releases, though self-financed and released with little outside promotion, were well-received by Swedish media and even found airplay on Swedish National Radio.

Much of 2017 found BESVÄRJELSEN composing the the audio alchemy found on their ﬁrst full-length studio offering Vallmo (Swedish for “poppy”). Vallmo more than ever showcases the band’s enormous potential, the eight-track offering seamlessly wandering from crushing doom riffs to catchy vocals and melodies, deep lyrical content, and storming drum work, all topped by stunning guitar solos and, for the first time since the band’s formation, songs in English as well as their native Swedish.

All lyrics by Lea Amling Alazam except UNDER EN SVART HIMMEL - by Andreas Baier.


For news and stuff: facebook.com/besvarjelsen